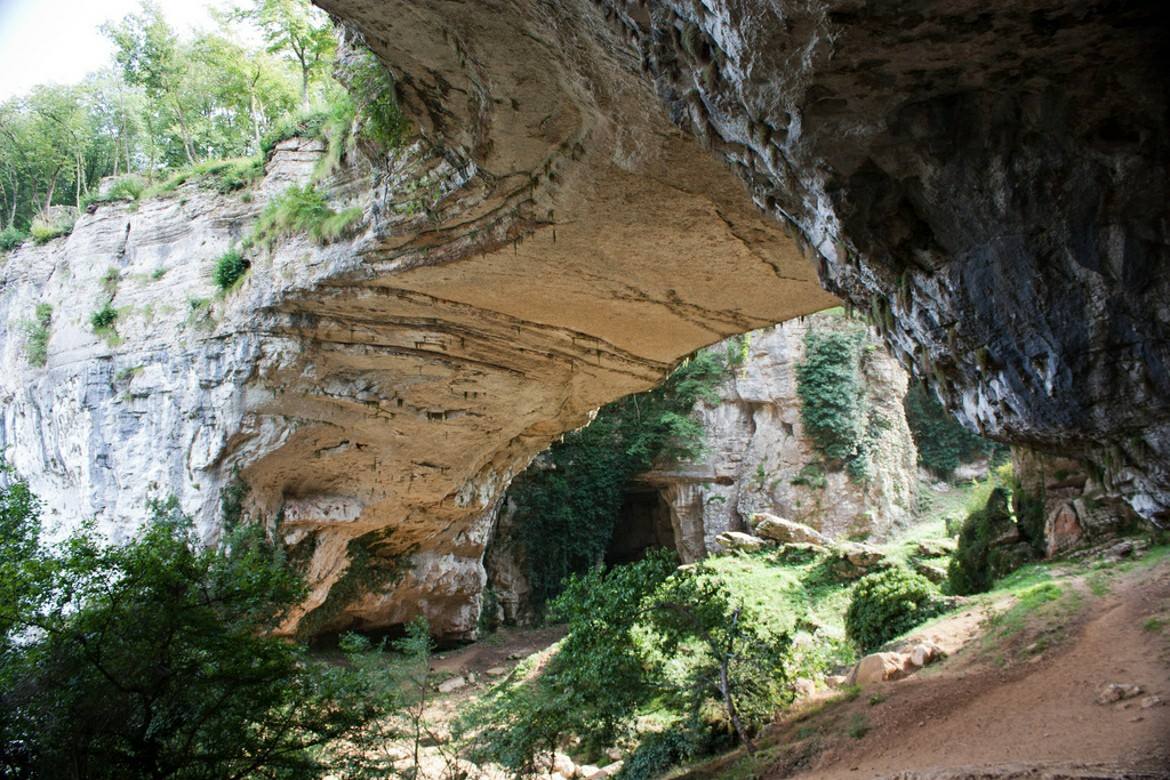 The Veja bridge is a natural arch with an arch of about forty metres, a minimum thickness of nine metres and a width of twenty metres, the result of the natural evolution of a cave.

On either side of the base of the bridge there are several caves inhabited in prehistoric times. Studies and excavations began in 1932; many of the findings, consisting of finds that testify to the presence of a lithic industry based on the working of flints, abundantly present in the rocks emerging in the area, are exhibited in the Paleontological and Prehistoric Museum of Sant’Anna d’Alfaedo (VR). Estimates of human presence start from the Upper Paleolithic and date back to 100,000 years ago, the permanence should have lasted until the end of the second millennium BC.

This website uses cookies to improve your experience while you navigate through the website. Out of these, the cookies that are categorized as necessary are stored on your browser as they are essential for the working of basic functionalities of the website. We also use third-party cookies that help us analyze and understand how you use this website. These cookies will be stored in your browser only with your consent. You also have the option to opt-out of these cookies. But opting out of some of these cookies may affect your browsing experience.
Necessary Sempre abilitato
Necessary cookies are absolutely essential for the website to function properly. This category only includes cookies that ensures basic functionalities and security features of the website. These cookies do not store any personal information.
Non-necessary
Any cookies that may not be particularly necessary for the website to function and is used specifically to collect user personal data via analytics, ads, other embedded contents are termed as non-necessary cookies. It is mandatory to procure user consent prior to running these cookies on your website.
ACCETTA E SALVA